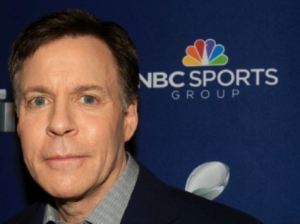 Although a huge fan of Bob Costas, his ninety second halftime segment on the murder-suicide of Jovan Belcher and Belcher’s girlfriend, Kasandra Perkins, was completely off base.  In that segment Costas paraphrased columnist Jason Whitlock who said, “If Jovan Belcher didn’t possess a gun, he and Kasandra Perkins would both be alive today.”  That is probably one of the more ridiculous, uninformed statements ever written.  It shows that Whitlock and Costas are simply not prepared to address this issue and should have left well enough alone.  The simple facts of the case are as follows: Belcher shot and killed Perkins on Saturday morning, then drove to Arrowhead Stadium and committed suicide in the parking lot of the team’s practice facility.  If Belscher was intent on killing his girlfriend, he could have just as easily stabbed her or bashed her head in with a wrench.  The point once again, is guns, by themselves, don’t kill people.  It’s as simple as that.  As a martial artist, I dispel that myth by explaining all of the ways someone intent on murder can kill.  The most simple, harmless items can kill in knowledgeable hands.  Yes a semi-automatic pistol can assist in killing more people, more quickly, but the real question that needs to be answered is why the desire to kill, not the chosen method.  All of the untrained, uninformed citizens need to have the facts and understand all of the issues before forming opinions.  Unfortunately, in situations like these, people argue with their emotions, not their heads and that never turns out well.  Violence is violence.  We need to get at the root cause of what would cause someone, who seemingly has it all, to flip out, resulting in murder and suicide.  So while I’m sure Bob Costas was well-intentioned, once again we blame the pistol as the weapon of choice, as opposed to the man who fired it.