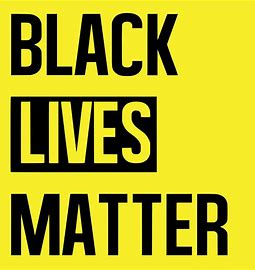 The purpose of this Blog has always been to speak the truth in an ever widening gap between liberals and conservatives.  But this issue and this statement is not one that I find controversial or a statement that should be threatening to anyone.  Black Lives Matter.

Black People, have been treated horribly in this country.  That is not up for debate or subject to controversy.  That our founders, the most brilliant men in the history of political thought, didn’t have a problem with slavery at this country’s founding, is unfathomable.  There was precedent or an understanding of slavery, prior to 1776.  The Torah or Old Testament tells the story of the Hebrews as slaves in Egypt and G-d, after 400 years, frees them.  So if nothing else and if our founders were at all religious, they would have understood that G-d was clearly against the idea of slavery.

Fast forward to the more recent history of this country, Jim Crow, Segregation, Separate but Equal.  It’s almost unfathomable that American citizens could be treated as less than equal in a country that proclaimed, from it’s founding, that “All Men Are Created Equal”.  Of course that meant men only.  Women didn’t get the right to vote until 1920, one hundred years ago.  Blacks were expected to use separate bathroom facilities, water fountains and of course to ride in the back of the bus.  The Civil Rights Act of 1964 is only 56 years old.  It stated that people couldn’t be discriminated against in schools, workplace, hotels and voter applications.  Essentially, it ended racial discrimination.  But it didn’t end systemic racism.

The relationship with the police is long and complicated.  Clearly there needs to be changes to how we police our communities.  Police across the country need to build trust with the people they serve and therefore the police forces need to more closely reflect the people they serve.  Growing up in Brooklyn and having friends who lived in Brownsville, and East New York, I witnessed the incredible challenges between people in the neighborhood and law enforcement.  Back then (the 70’s and 80’s) there was much corruption including “dirty” cops which is well documented.  So there is a history of negative feelings and lack of trust with law enforcement.  Prior to George Floyd there was the strangulation death of Eric Garner.  That is not to say there aren’t great Cops.  Many of them have been my students and I would stake my reputation on their honesty and desire to make a difference and to help people.  But building trust through mutual respect and cooperation is the only way to get there.

At last, Mississippi is removing the confederate flag from its state flag.  The last state in the south to do so and long overdo.  Let’s be clear on this once and for all, the south attempted to illegally cede from the Union and were treasonous.  They were criminals and the north won the war and therefore, the war heroes and flags need to be removed from all public spaces.  As an individual, in a free society, if you want to hold on to the good old days in your home, that’s your business.  But don’t be upset that the rest of the civilized country is happy to see these monuments to the glory of slavery removed from our public spaces.  However, we should never rewrite or forget history, no matter how traumatic or uncomfortable it may make us feel.  Remembering, is the only way to ensure that we never repeat the sins of the past.

There needs to be changes in our country not just with law enforcement but with our system in general.  I did not write this brief post, one that could have been 10,000 words, because I’m trying to placate anyone.  I wrote it, because it’s the truth.  I grew up in Brooklyn, New York and was the only white runner on an all black track team.  My teammates treated me like family.  I saw the way in which some of my friends lived in the projects and it was completely unacceptable in a country as wealthy as ours.  That was 40 years ago.  I remember being stopped several times while walking out of malls at Penn Relays and other meets in which we participated.  We were stopped because everyone but me, was black.  I never, ever had a doubt about that and I’m no liberal.

No matter what one believes, at the end of the day, there are some truths that can not be denied.  So rather than be threatened, people need to recognize the injustices of our history and to build in mechanisms to level the playing field.  That is not to say to make everything equal because people aren’t equal in terms of their abilities.  I wanted to play pro baseball when I was young, but I wasn’t good enough.  But what needs to be more equal, are the opportunities that everyone, regardless of race, religion, gender, color or sexual orientation have available to them.  But right now, at this point in time, we need to stay on the message that Black Lives Matter.

One thought on “Black Lives Matter”