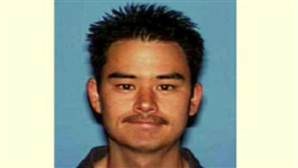 Yet another case of a sick, perverted, individual, using the internet to stalk children.  In this case, John Kinloch, forty-one, is accused of sending or selling nude photos online.  According to The Internet Crimes Against Children Task Force, “Kinloch posed as a 13-year-old girl online”.  He’s allegedly been in contact with boys between the ages of twelve and sixteen and getting them to send him nude photos and videos.  Of course he’s presumed innocent until proven guilty, but the evidence is damning.  He’s a first grade teacher at Wolf Canyon Elementary School near San Diego and has been teaching for the past fourteen years.  The school sent out nine-hundred letters to parent informing them of Kinloch’s arrest.  Most parents were shocked, not surprisingly.  To the untrained, unsuspecting eye, he might seem like just another nice guy who loves kids.  But when looking deeper, there are some disturbing facts.  In the mid 1990s Kinloch testified in court under immunity, about another child predator that authorities considered a graver threat.  According to the San Diego Reader, “Kinloch was attracted to teenage boys or younger, and that he admitted in 1995 to sharing pictures of boys as young as five years old.”  But even without that previous information, there are disturbing signs.  Kinloch is a forty-one year old man, with no significant other, a loner according to neighbors, and living at home with his mother.  And the cherry on the top of the sundae, is he teaches first graders.  While there is no evidence he’s had any inappropriate contact with his students at this time, pedophiles obviously like to be around children.  He shouldn’t need to be wearing a sign on his forehead that says, I may be a pedophile or child pornographer, for someone to be suspicious of him.  Why the facts of his immunity testimony never came to light during the hiring process will need to be seriously scrutinized.  I recently wrote that profiling of individuals is ok as long as it’s not solely based on race, religion or color.  Profiling is one of our best defenses against danger.  It’s a natural defense, a survival instinct and should not be ignored.  How many more children must be victims before adults start paying attention to those who may do them harm?  Hopefully there won’t be a long trail of victims but I wouldn’t count on it.