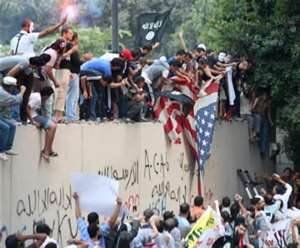 After the five member panel lead by retired Ambassador Thomas Pickering, released the official 39 page report on Benghazi, three State Department Officials resigned; Eric Boswell, Assistant Secretary of State for Diplomatic Security, Charlene Lamb, Deputy Secretary responsible for Embassy security and a Bureau of Near East Affairs official.  The report was highly critical of senior members of Diplomatic Security and Near East Affairs and said there was “a lack of proactive leadership and management ability in their responses to security concerns posed by the Special Mission Benghazi, given the deteriorating threat environment and the lack of reliable host government protection.”  It’s a scathing report and would have undoubtedly caused Susan Rice to withdraw her name for consideration for the position of Secretary of State, if she hadn’t already done so.  The report blames, “systemic failures and leadership and management deficiencies within two bureaus of the State Department”. At the same time, the report also praises security forces and Ambassador Chris Stevens, “The U.S. security personnel in Benghazi were heroic in their efforts to protect their colleagues, including Ambassador Stevens,” Pickering said. “They did their best that they possibly could with what they had. But what they had, was not enough, either for the general threat environment in Benghazi, and most certainly against the overwhelming numbers of attackers and the weapons which they faced.  The State Department had not given Benghazi the security, physical and personnel resources it needed.”  Essentially, but without saying it directly, the panel blamed the deaths of four Americans on a complete breakdown of the key players, charged with protecting our embassy personnel.  The report absolves the military from any blame.  It said the response by diplomatic security agents on the scene and CIA operatives at a nearby compound that later came under attack itself had been “timely and appropriate”.  It continued, There was simply not enough time for armed U.S. military assets to have made a difference.”.  Unfortunately, four Americans lost their lives as a result of sheer incompetence and lack of understanding of the situation on the ground.  We should respect the President and Secretary of State Hillary Clinton in their efforts to expose what happened in a timely fashion.  Hopefully we learned something as we move forward, so that those four Americans didn’t lose their lives in vain.