Coldest Ever Easter in UK – What Happened to Global Warming? 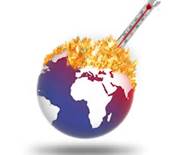 While we continue to hear climatologists declare the warming of the planet is occurring at an increasingly rapid rate, we also continue to see colder than normal temperatures.  In the UK, the coldest ever temperature on Easter Sunday was recorded in the Scottish Highlands, 9.5 degrees F or -12.5 C.  Forecasters are saying that the prolonged and unusual cold snap could last in to the middle of April.  In the US, eastern ski areas enjoyed one of the best March months on record and should be opened until at least mid-April, with more cold and snow expected through the first week of April.  The record cold Easter came at the very end of what was declared the coldest March in the UK since 1962, the year the New York Mets entered National League.  Overall, this winter was far more seasonal than last winter which was the warmest on record.  While it’s silly not to recognize the warmer weather patterns in recent years, we can’t discount the colder than normal or average winters.  For example, New York City while slightly warmer than the long-term average, snowfall was average.  Overall, the US was 1.9 degrees above the average, making it the twentieth warmest December, January and February on record.  But there were a number of cities that experienced normal or colder than normal winters.  The current issue of The Economist states in the headline under Global Warming, “Climate change may be happening more slowly than scientists thought.  But the world still needs to deal with it.”  That’s an important admission because it comes on the heels of reports that state climate change is happening more quickly than previously reported.  In the article The Economist says, “it is not clear why climate change has “plateaued”.  It continues, “but whatever the reason, some of the ghastly scenarios are coming to look mercifully unlikely.”  All the convincing one needs is waiting for the bus to your hotel at the airport in Minneapolis in negative farenheit temperatures to make a believer.  The point is, while climate change and the reduction of carbon emissions need to be addressed, the end of the world and cities like New York being underwater in twenty years, are misguided, premature and incorrect predictions.