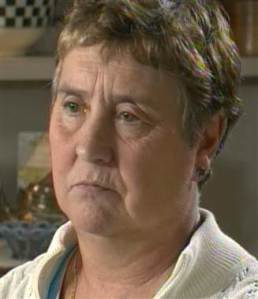 Carla Hale was fired from her teaching position at Bishop Watterson Catholic High School in Columbus after nineteen years, when her named appeared with her lesbian partner’s name in her mother’s obituary.  It came to the attention of the school by way of an anonymous letter, sent by a parent, complaining about a lesbian teacher.  When her attorney, Tom Tootle, made a formal request for support, to the Union for Catholic Educators, this is the response he received, as reported by WCMH.com in Ohio, “The COACE [Central Ohio Association of Catholic Educators] informs you of the decision of its Grievance Committee not to carry forward the grievance Ms. Carla Hale has filed to challenge the termination of her employment as a Diocesan teacher.”  It was signed by the union’s president Kathleen Mahoney.  In response to her termination, Ms. Hale released the following statement, “My living arrangements are my personal business. I’m a very moral person,” she told reporters Monday after learning of the union’s decision. “My decision to acknowledge a loved one in my mother’s obituary was not immoral. I am not immoral.”  Of course she is completely correct and should not have to justify her choice of partner or her sexual orientation to anyone.  However, just as with any Constitutional protection, religious schools and institutions have the right to enforce their moral or religious codes to protect their beliefs.  If the government was to get involved and force the school to reverse its decision, it would be overstepping its boundaries and the constitutional protection of religious institutions.  We may not like it, but it is the Diocese’s right to terminate anyone not living in compliance with Church Doctrine.  On the other hand, we as Americans have the right not too work for religious groups.  She certainly understood the closed-minded nature and backwards thinking of the Church when she applied for the job nineteen years ago and probably should not have expected any support from the “Catholic Educators” union.  Even if Ms. Hale files for arbitration, which according to Mr. Tootle “can be very expensive”, there is little chance it will succeed.  The government is very hesitant to become involved in such cases as they touch on very sensitive and tricky issues; religious freedom and protection. The only way there will ever be a change is if the government threatens to revoke tax exempt status, which would trigger a slew of lawsuits, so it’s unlikely to happen.