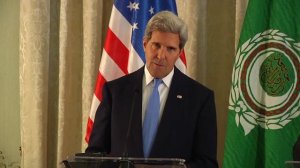 United States Secretary of State John Kerry announced that the Israeli’s and Palestinians are “steadfast and determined” in their commitment to the peace talks and a two state solution.  Negotiations continued on August 14 after a three-year hiatus.  In order to re-start talks the Israeli’s agreed to release a number of Palestinian prisoners and the Palestinians were expected to refrain from upgrading their membership of U.N. agencies.  While there have been positive steps in these latest negotiations, many hurdles still stand in the way.  They include, continued settlement expansion by Israel and the final status of Jerusalem; either of which could bring the negotiations to an immediate end.  In addition, the West Bank and Gaza are still separated and rockets continue to rain down on Israel despite the fact it’s not reported in the media.  Kerry, in a joint statement with the Arab League foreign ministers, expressed their “full support” but expressed concern about continued Israeli settlement activity and “unilateral Israeli actions in Jerusalem that create a negative environment”.

No one needs to be a middle east scholar to understand that as in the past, these talks are doomed to fail.  Even if Israel agreed to cease all settlement expansion tomorrow, the Israeli’s will never agree to dividing Jerusalem.  The most liberal of Israeli’s believe Jerusalem to be the capital of Israel; one, undivided capital as in the Torah and every major Jewish text.  I may be incorrect, but I don’t believe that Jerusalem is mentioned even once in the Koran leaving one to believe that it wasn’t a very important holy site to Muslims.  That is the argument most Israeli’s use in defending the position of a unified, capital of Israel.  Even so, Israel may need to make concessions with regard to Jerusalem.  But even if the two sides were able to get past those two major issues, there is the right of return.  If Israel allowed all those who claim the right to return, to move back to Israel, there would be no Israel.  So that can never be negotiated.

The Palestinians, for their part need to be more flexible.  Their leadership needs to put the needs of their people ahead of their desire to beat the Israeli’s and drive them into the sea.  That will not happen.  Anyone who believes that is a possibility is either using bad drugs or is simply stupid. They have wasted a lot of time fighting Israel and have gained Absolutely Nothing!  Doing the same thing over and over again and expecting different results is the definition of insanity.  Why continue the same failing strategy?  Neither side will get everything it wants but an agreement can be mutually beneficial to both sides in so many ways, economically, socially and in simply ending the body count.  The only question left is whether either side has the will and foresight to make the tough concessions needed to end this conflict once and for all.