Hurricane Season-Climate Change Not In Line With Dire Predictions 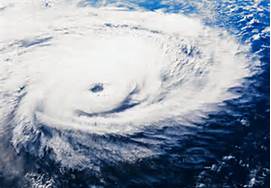 When the National Hurricane center released its prediction for 2013, it seemed rather dire.  Clearly the climatologists who can use any number of scientific means for long-range weather predictions would be close in their prediction.  In fact, these long-range prognosticators are more often incorrect.  First, climatologists make their predictions and then, as the season grows nearer they update them.  At this point, with one of the quietest Atlantic hurricane seasons ever to date, there is more backtracking. Of course none of these long-range forecasters or climate change theorists would admit being wrong but that’s ok because long-range forecasting is not an exact science.

Predicting the weather, particularly long-range forecasts is not easy.  There are many factors and many variables such as ocean temperatures, winds, sun spot activity etc. The forecast models are based on probabilities and not hard facts, so of course there’s error.  The larger more important issue is that governments use these dire forecasts to set policy.  If, as most climatologists predict there is rapid warming of the planet than the extremes in weather should continue year after year.  Scientists would say one year does not demonstrate a pattern and they would be correct.  But this year in the United States there were fewer tornadoes than usual and to this point, far fewer Atlantic hurricanes although we are now in peak hurricane season.  One note; the most violent hurricane ever to hit the Long Island coast, preceded the Industrial Revolution.

This is not to say that carbon emission reductions should not be a long-term strategy and that there are other issues such as health concerns; asthma for example but let’s not tell stories of Armageddon simply to further an agenda. On the other side are the fools who say there is no climate change.  That is a false claim as well.  Average temperatures are easily measured, and the shrinking of polar ice can be seen using satellite imagery, so to claim otherwise is foolish.  But the claims of what impending doom should be questioned by everyone. So for now, we should all agree that there is some climate change taking place and that fewer pollutants in the air we breath is good policy.

One last time; Hurricane Sandy was no Super Storm.  She was large in area but a very weak hurricane, barely hitting the coast as a Cat 1.  How do I make this claim?  First, I’m a closet meteorologist who happens to love hurricanes and all storms for that matter.  Second, I was standing outside my home only blocks from the water and the wind and gusts didn’t come close to knocking me off my feet.  I was on a boat during Hurricane Belle in 1976 and again during Hurricane Gloria in 1985.  Both storms were far windier and wetter but took a more common trajectory for hurricanes that far north.  Unfortunately, the path of Sandy was the was case scenario.  Had Sandy taken a more common path, we wouldn’t even remember her name one year later.  She would have more closely mirrored Hurricane Irene from the previous summer.

Any storm that heads inland as Sandy did and carries with it a large storm surge, will cause massive flooding. What’s actually happened, is we have created the conditions for such catastrophe and then blame global warming. During Hurricane Sandy, Battery Park City, located at the southern most tip of Manhattan island, experienced significant flooding.  But what experts didn’t mention is that it’s built on landfill from the excavation of the World Trade Center site.  That section of Manhattan didn’t exist when the first colonists climbed on to these shores or even 50 years ago. The engineers miscalculated the need to build the sea wall higher, in case of the worst case scenario storm, regardless of climate change.  The Jersey shore and south-facing beaches of Long Island of course are vulnerable.  They always have been except now they are widely developed, placing people in harm’s way.  The people of Colorado are calling the flooding the worst in history but that isn’t a long history. Naturally if you build homes in the mountains and there are bad storms, the water flows down and floods the lower lying areas.  If no people lived there, there would have been no loss of life or property.  But climatologists immediately blame climate change.  Our main concern should be to disseminate properly the nonsense and rhetoric on both sides because the truth lies somewhere in between.