Rape Of Another Tourist In India: An Ongoing Problem 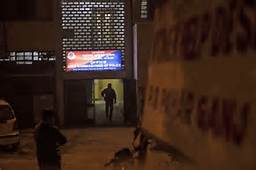 In yet another gang rape of a tourist in India, a 51-year-old Danish woman was gang raped at knife point.  This follows the rape of an 18-year-old German tourist on a train and a series of other gang rapes dating back to 2012 when a women was gang raped on a bus and subsequently died of her injuries.  According to the BBC, the victim told police that she was approached by the group of men after she got lost on her way back to her hotel near the New Delhi Railway Station.  The backpacker district where she was lost, is frequented by foreign tourists.  Before raping her, the men robbed her according to what police told the BBC.

Two men have been arrested in connection with the attack and some of the victim’s belongings have been recovered.  They were described by police as “vagabonds”.  Other suspects, believed to be complacent in the attack are being sought by police.  With all of the bad publicity India has received in the past few years, Indian authorities had little choice but to make quick arrests in this case.  There’s been a substantial decrease in the number of foreign women traveling to India due to the danger of physical assault.

India, a Democracy with nuclear weapons is still a primitive, backwards, third world country.  It’s patriarchical, misogynistic culture is a disgrace and it should be ostracized throughout the world.  The only problem is, India has much support from other backwards societies that see nothing wrong with the second class treatment of women.  That has to do with the inferiority of the men of course but that’s the politically incorrect thing to say.  It’s sickening at this point and there should be harsh consequences for these actions.

The men accused, if convicted, should face the death penalty.  It’s apparent that there is little regard for the current laws which aren’t severe enough to begin with and men see no reason not to attack women for the fun of it.  Or more accurately, because they can.  Women have no value, and are not viewed as human beings but rather sexual objects, property and therefore should be treated like worthless trash and used as needed.  Unless the Indian government makes a real, concerted, and consistent effort to stamp out these attacks, they will continue.  But more importantly, the government must campaign to change people’s attitudes.  What was and is, must no longer be acceptable i.e. the caste system, if India is truly to join the ranks of the “first-world”.