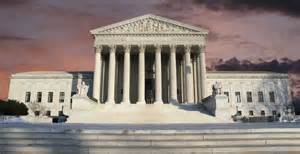 One need not be gay, lesbian or transgender to understand the importance of the Supreme Court decision on the evolution of equality in this country.  It is far-reaching indeed.  Although only 5-4, the decision handed down by this court will not be reversible now that marriage equality is the law of the land.  This decision stands alongside Brown vs. The Board of Ed and Roe vs. Wade in its magnitude.

It’s actually incredible that it’s taken this long to legalize same-sex marriage.  How anyone could want to deny the right to marry based on sexual orientation is to me, unfathomable.  The religious community has said this decision erodes the very foundation of marriage but in fact, does just the opposite.  It ensures that ALL people now have the right to marry the person they choose and to spend the rest of their lives together with the same rights, privileges and challenges as any other couples and families.  Why are there people that believe in order for them to be happy or satisfied with their positions in the world, they must control the lives and beliefs of others?  Why can’t people simply worry about their own lives and their own families?  Of course this desire to control people’s freedoms is largely religion based.

There are so many real and serious issues facing Americans.  Thank goodness we have at last put this issue behind us.  There was a great sign on the side of a building on the FDR Drive in Manhattan that read, “If you don’t like gay marriage, don’t get gay married.”  It’s time for all Americans to put aside what divides us and instead find common ground that unites us.  When the smoke clears and the celebrations and mourning passes, this decision will in no way impact anyones lives other than those it directly benefits.  Gay marriage has been the law of the land in Canada for 10 years and I assure you other than those who have benefited from the law, there has been no change in the daily lives of average Canadians.

One final thought.  The reason that the United States is the greatest country on earth is because despite a history of slavery, oppression of minorities, internment camps of Japanese Americans in WWII, laws that prohibited interracial marriage, segregation and so on, we, as a people, eventually find our way to the correct, just and rational conclusions.  We right the wrongs that divide us.  We stand up for the common good.  Bravo for the SCOTUS.  Once again the Framers of this great nation showed their greatness and their understanding that the Constitution is not the Bible, incapable of change but rather a living breathing document that doesn’t simply favor those who agree with it.  ALL Americans should feel proud today.  I know I do!!