Another Deadly Incident In Aurora Colorado 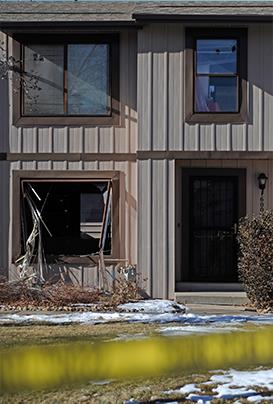 There’s been another deadly incident in Aurora Colorado, scene of last summer’s horrific movie theater shooting.  In this case, an Aurora police SWAT team responded to a home where shots were fired at 3:00AM.  Two men and a woman were apparently shot and killed before officers arrived on scene.  The suspect involved in the case, barricaded himself in the house and was involved in a six-hour standoff with police.  According to authorities, “the man acted very irrationally and hung up on hostage negotiators.”  After five hours, a SWAT team armored vehicle approached the house and fired tear gas but retreated without firing a shot, after being fired upon.  No members of law enforcement were injured in the attempt.  Sergent Cassidee Carlson said in a statement that “The male was given multiple commands to come out of the house both on the phone and from a bullhorn outside. He did not comply.”  Approximately one hour later, the man fired at law enforcement from a second story window and police returned fire.  The man was killed.  At this time, it’s still unknown whether police fired the fatal shot or he committed suicide.  A fifth person involved in the incident escaped from the home and called police to inform them that she saw three people who “appeared lifeless”, according to Carlson.  Her connection to the incident and why she was in the home is unknown at this time.  But since two men and one woman were killed, it’s safe to assume she was the girlfriend or wife of one the deceased men.  Authorities are still not releasing the identities of those killed or their relationship to the shooter.  “We have an idea of who they are, but we obviously want to confirm their identities with the coroner,” said Carlson.  The home where this occurred is approximately four miles(6km) from the scene of last summer’s movie theater shooting.