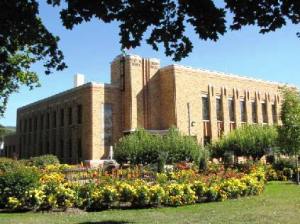 Two fifth grade boys in Washington State are being questioned by police after another student overheard them plotting to kill another student, and told a school employee. The two boys, ages 10 and 11, told police they wanted to kill her because the girl is “rude” and “annoying”.  Under Washington State law the two youths can not be tried as adults.  The two boys also told authorities they had planned to kill six other students at Fort Colville Elementary School.  They even identified the six targets by pointing them out in photos provided by school employees.  The plan called for the older boy to stab the girl with a 3.25 inch knife while the younger boy held off anyone trying to intercede, with a 45-caliber Remington 1911 semi-automatic handgun.  The younger boy obtained the sidearm from his brother, also a juvenile, who had stolen the weapon from his dead grandfather’s home, according to court documents.  The younger boy had been in “a short dating relationship” with the girl, but he told authorities that “she’s rude and always made fun of me and my friends.  Yes, I just want her dead” he confessed.  When the boys were being transferred to the Stevens Country Courthouse, the juvenile probation department staff members told detectives that they hear the older boy tell the younger boy, “If I find out who told them about our weapons, I’m going to kill them. I don’t care; when I get out of jail I’m going to come back and kill them,” according to court papers.  Under Washington State law, children between the ages of eight and twelve are presumed not to have a capacity to commit a crime according to prosecutor, Tim Rasmussen.  So despite the fact these two boys premeditated the murder of a young girl and six other students they are not considered responsible for their actions and therefore can not be tried as adults.  The law obviously needs to be changed because it doesn’t work.  These two “young boys” should spend at least half of their lives in jail as there is no way to fix or rehabilitate such hatred and anger at a young age.  What these two boys need is a lesson in the seriousness of what they’ve done.  That includes hard jail time.  According to the officer that interviewed the older boy, he “did not display any emotion or remorse during the interview.”  If released at eighteen or prior to that, this defective personality along with his younger conspirator, will kill someone or maybe many.  At that point, authorities will throw up their hands in disbelief.  One need not be a mind reader to see what’s coming.  So there are two questions that must be answered, one, why are we more concerned with these two evil, defective, anti-social personalities, than the innocents who will become their victims?  And two, will the Washington legal system have enough sense and fortitude, to protect society from them?