Why Would Anyone Stay In A Bad Relationship? 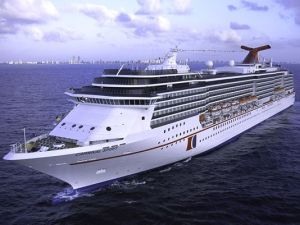 The start of any relationship is fun and exciting.  Learning about a new person, spending time with them and sexual relations are what keep any and every relationship strong for approximately six months to one year. Then, the real issues begin to surface. The couple who disappeared from a cruise ship, in waters near Australia, having gone overboard, are now believed deceased.  What is known at this time, is they had argued in the ship’s casino prior to plunging in to the ocean.  Friends told the Sydney Herald the couple, Paul Rossington, 30, and Kristen Schroder, 27, “frequently had short but heated fights that would last about five minutes.  It was a common occurrence between them.” Senior police sources revealed that CCTV footage captures Ms. Schroder fall from the ship first, with her paramedic boyfriend following.  Further footage shows Ms. Schroder hit a lifeboat before her body hit the water.  There can be only two possibilities, either he through her off the boat and then committed suicide jumping in after her or she went over the side and he thought he could help her.  Right now, one would have to lean towards Rossington helping her off the boat.  More important than this story however, is why two young adults, one still in her twenties, would choose to be involved in a relationship that included frequent arguments.  There are any number of legitimate reasons for arguing; one partner spends too much money, one partner doesn’t discipline the children.  But let me be extremely clear.  Any relationship that isn’t happy and fulfilling 90% of the time or better than 90% of the time, is doomed to fail.  And why would anyone want to stay in a relationship that isn’t happy and fun the majority of the time?  In western societies, people have free will to date and marry whoever they choose.  There are many reasons for getting involved in relationships; companionship, love, friendship, children and financial, among others.  Once couples figure out the family dynamics, financial aspects and children, the rest of the time should be spent thinking about how to have fun and enjoy their lives together.  Too Many women stay in abusive relationships whether physical or emotional because of time invested, fear of failure, or emotional dysfunction. No other human being is more important than oneself.  More importantly, no one can have a healthy, satisfying relationship with another person unless they, themselves are whole.  And no one should accept anything less than true happiness.  Without it, there’s no reason to be involved with another person in the first place.  So while we will may never truly know what happened with this young couple, chances are it involved their argument in some way.  Wouldn’t they have been better off alone or with another person, than dead?!