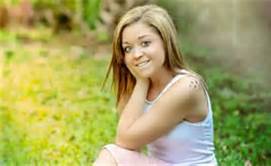 Kaitlyn Hunt 18, is facing charges due to her relationship with a 14-year-old female classmate.  While she is not the stereotypical sex abuser and probably quite innocent in terms of her understanding of the law, she did break the law.  One of the first things one learns about law is “ignorance of it, is no defense.”  So if you’re from New York and driving in California, you better know the speed limit. ” I’m from New York” won’t get you a pass.  The same thing applies in this case.  The reason it’s unusual, is because it involves two girls.  If this was a case of an 18-year-old boy and a 14-year-old girl, it would be an open and shut case.  Instead, gay rights activists are saying she is being unfairly targeted because she’s gay.  If gay rights activists would look to see how many young men are on the sex offender list for having sex with their underage girlfriends they might think twice before making nonsensical, factless and baseless claims.  Even if the 14-year-old has liberal parents they still might not want her involved with an 18-year-old girl or boy.  It’s not that difficult to comprehend.  Not every case should be a call to action. It’s not about two wonderful teenagers in love.  A fourteen year old, under Florida law, cannot consent to relations with some one of age.  Florida State Attorney General Bruce Colton clearly stated that to the AP, “One of the reasons this case has gotten people’s attention is because it’s being publicized as a person being persecuted because she’s gay, and that has nothing to do with the case, nothing to do with the law, nothing to do with the sheriff’s office filing the charges,” He continued “the law is designed to protect younger children from older children who might be more aggressive in starting a relationship.”  He then stressed that the law applies equally to everyone, “The law doesn’t make any differentiation. It doesn’t matter if it’s two girls or two boys, or an older boy and a younger girl or an older girl and a younger boy. Whatever the combination, it doesn’t matter.”  So while a “Free Kate” Facebook page has generated more than 30,000 signatures and an online petition has gathered 100,000 signatures, it will not effect the decision of the Attorney General.  What’s truly disturbing, is because Kaitlyn is a pretty, young, white female with long flowing hair, she is perceived as a victim.  But if we were talking about an 18-year-old boy with tattoos and shaved head, or a black girl from the inner city, people would be reacting very differently.  Discrimination is a double-edged sword.  It’s as misguided not to carry out the law because of someone’s sexual orientation, as it is to discriminate and persecute because of a person’s sexual orientation.  In sum, it’s the responsibility of the older, (of legal age), party, despite “feelings”, to make the correct decision when becoming involved with a minor.