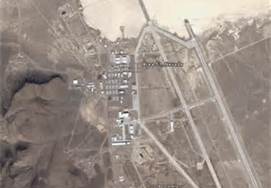 A newly released book, CIA History, written by Gregory Pedlow and Donald Welzenbach, describes in detail the actual purpose of Area 51.  And no it was not to hide the UFOs and Aliens from Mars, (Curiosity Rover hasn’t yet located the Martian Cities as of this posting).  It was in fact a test facility for the U-2 and other spy planes.  The story of Area 51 was released in a paper called,  The Central Intelligence Agency and Overhead Reconnaissance: the U-2 and Oxcart Programs.”  It was released in response to a Freedom of Information request filed by George Washington University’s National Security Archive back in 2005.  During World War II, the site was used an aerial gunnery range and it was determined that it would be the perfect location to test spy planes according to the authors.  The first U-2 test flight took place at Area 51 on Aug. 4, 1955 and over the years was used for training U-2 pilots. Other test planes included the A-12 Oxcart and later the F-117 Stealth Fighter.  It’s still used today in the same capacity and remains closely guarded.  A person can be shot on site for “snooping” despite the fact it’s been well-known for years what’s taking place in complete secrecy.  In a 2011 book, journalist Annie Jacobsen quoted her sources as saying that wreckage from the Roswell UFO incident ended up at Area 51.  For those who believe in UFOs, the release of the document and book will not change their minds.  Conspiracists will simply say that the document was released to throw them off; that the document and book are conspiracies.  But UFOs are only that; unidentified flying objects.  Occam’s Razor states that the simplest explanation is usually the correct one. Experimental aircraft or Spacemen from another planet?!    The answer should be quite simple to the intelligent mind.  But of course believers of Aliens and Roswell will continue to believe despite the evidence to the contrary.  I suppose it’s harmless enough and gives their lives a sense of purpose and excitement.  And for those who make money from Roswell, UFOs and Alien abductions, they’re simply laughing all the way to the bank.