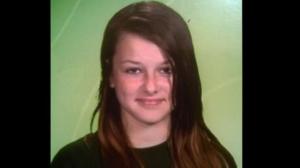 Twelve year old Rebecca Ann Sedwick, despondent over comments posted on line, committed suicide by jumping to her death at a cement business.  According to the Lakeland Ledger, detectives found multiple social media applications where Sedwick was constantly bullied with messages, including “Go kill yourself,” and “Why are you still alive?”  Sheriff Grady Judd said that investigators were considering whether or not to press charges under a new Florida state law which covers cyber bullying.  Judd said that parents of the fifteen girls involved, were cooperating with authorities. “If we can get any evidence of a criminal offense, the person or persons involved will be punished,” he said.  Prior to her suicide, Sedwick searched questions online related to suicide, including “How many over-the-counter drugs do you take to die?” and “How many Advil do you have to take to die?”

While questions need to be raised about why mean, horrible, insensitive comments would drive a young girl to kill herself, the fact is, she was obviously upset enough and in such a weakened mental state, as to be able to take her own life. Many teens and pre-teens have a difficult enough time socializing, feeling like outcasts, or social misfits.  Add to that merciless bullying and the ingredients for tragedy are there.

I have never been a fan of government regulation of free speech, even nasty or malicious speech.  Kindness and consideration can not be legislated.  However, if it can be proven that these girls were constantly taunting her and in doing so, it led to her demise, there should be some form of punishment.

What’s also disturbing is the fact that the parents of these girls raised such miserable children.  What this once again points to, is the fact that parents no longer raise their children.  Because most families today require two salaries, we rationalize that daycare providers are a decent substitute for actual parents, that simply is not the case.  Children are not unlike animals.  If untrained and undisciplined, they will not inherently make correct choices. As a society we must look inward and figure out how to deal with the fact no one is raising and supervising our children.  Unless that changes, we will continue to see cyber and traditional bullying and more tragedies like the suicide of Rebecca Ann Sedwick.