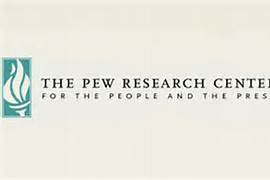 According to a new survey by Pew Research Center, 53% of Americans believe that the United States is less powerful and influential than it did  decade ago.  According to the survey, “the share saying the U.S. is less powerful has increased 12 points since 2009 and has more than doubled from just 20% since 2004.”  An even greater number of Americans, 70%, say the U.S., “is losing respect internationally.”  Under President Bush, that number stood at 71%.  While growing skepticism appears to increasing regarding U.S. geopolitical affairs, that’s not the case as it relates to global economic affairs.  Most Americans are in favor of international economic cooperation, “fully 77% say that growing trade and business ties between the United States and other countries are either very good (23%) or somewhat good (54%) for the U.S. Just 18% have a negative view. Support for increased trade and business connections has increased 24 points since 2008, during the economic recession.”

Clearly, President Obama is suffering from a similar affliction as his predecessor but for different reasons.  Their approach is very different, but they achieve the same results.  President Bush was seen by the world as a war monger and someone who acted as a result of ideology, not in response to real world affairs.  President Obama on the other hand, in his attempt to show the new, softer, more reasonable United States Government, has weakened us in the eyes of our enemies and the world is well aware of it.  Whether one agrees with it or not, the world looks to the U.S. for guidance and leadership.  This President has shown neither.  He has proved to be very indecisive in some cased and down right incapable in others.  There is a middle ground but neither man found it, which is the reason for the equally poor Pew Research Results.

Take the recent Iranian agreement for example, Iran should have been forced to make a good will gesture without any pre-conditions before agreeing to speak with them.  While sanctions have not had the desired impact on the Iranians, no one questions that their economy is suffering.  The President just bought them some time.  He should have forced the hands of the Iranians.  Instead, he conceded; he blinked regardless of how small the concession and what the liberal pundits are saying.  Obama’s inability to deal with the Iranians from a position of strength, is equivalent to allowing Hitler to help himself to the Sudetenland.  In contrast, look at what President Reagan did in the 1980’s with the Soviet Union.  Reagan stood at the Berlin Wall and challenged Mr. Gorbachev by demanding, “Mr Gorbachev, tear down this wall.”  He didn’t say let’s talk about it; we’ll give you help if you do.  Anyone who doesn’t believe that Reagan was the single most important reason for the fall of the Soviet Union, and world Communism is simply wrong.  At that time, the Reagan years, Americans views of our place in the world, was probably as high as it had ever been.  Bush never achieved that and neither will President Obama.  Is it any wonder why Americans view their place in the world as declining.