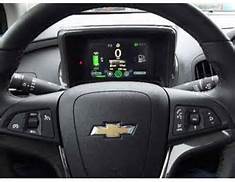 The race to the top of Electric Vehicle sales superiority continued in November with the Nissan Leaf out pacing the Chevy Volt.  For the month, the Leaf sold 2,003 units while the Volt sold 1,920 units.  In comparison, the Leaf sold 1,539 units in November, 2012 while the Volt sold 1,519 units.  For the year, the Volt is still up slightly vs the Leaf with 20,702 units to 20,080.  More importantly however, than who leads in sales is the fact that both vehicles remain consistent and if they can continue to sell similar or slightly better in 2014, it may be a sign of a bright future for EVs.   However, if either or both fail to improve sales, it will be a major setback, at least in the short-term, for EVs in North America.

There are still major obstacles to EVs becoming more mainstream that can be attributed to the following.  1) Battery technology needs to improve.  In order for these cars to become more practical, the distance they can travel on a single charge needs to be extended greatly.  Add to that the fact that distances are greatly reduced in colder climates.  In the summer, for example, with the air conditioning running, I can drive as far as 45-50 miles.  In the winter however, with the heat and heated seats on, the distance on a full charge can drop to as few as 15-20 miles.  I often don’t charge the car in the extreme cold because it only aggravates me that I can’t drive further.  With the generator running, the heat comes up much more quickly.  The overall mileage once the battery is depleted and with the generator and heat running, drops even more significantly.  2) Without a high-speed charger, charging takes entirely too long.  Add to that, the fact that the charging infrastructure that was promised, at least on the east coast, hasn’t happened and that is crucial to supporting growth.  And 3) The price remains unaffordable for a large number of people.

Despite these drawbacks and challenges, the technology is incredible and needs to be cultivated.  There is no turning back at this point.  If we could land a man on the moon 44 years ago and can plan a manned mission to Mars, there’s no reason to believe that we can’t build better batteries.  As the technology improves the drawbacks to owning these cars should diminish accordingly.  EV technology is still the wave of the future due to environmental reasons and finite fossil fuel supplies.