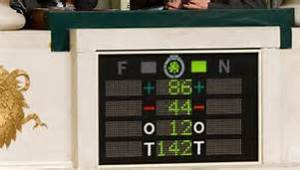 By a vote of 86-44 with 12 abstentions, the Parliament of Belgium has overwhelmingly approved the practice of euthanasia for terminally ill children of all ages.  It is expected to be signed in to law by the king which would make Belgium the first country in the world to remove an age limit on euthanasia.

Supporters of the law say it would affect a very small number of children, mostly those in their teens with no hope of recovery.  In addition, they argue that it would be merciful since he/she would be terminally ill with a very painful illness.  But there are many who are against the practice believing that a child is not in a position to make such a decision.  In response to the vote, Brussels Archbishop Andre-Joseph Leonard said, “The law says adolescents cannot make important decisions on economic or emotional issues, but suddenly they’ve become able to decide that someone should make them die.”  Although one can see his point, few can understand how tragic and hopeless a situation must be that would call for the need to make such a decision.

While there is truth to the saying, where there’s life, there’s hope, that is unfortunately not the case.  Such a decision calls for privacy and consultation with doctors and parents.  It’s such a horrible scenario that it’s difficult for most people to comprehend.  But should such a decision become necessary you would hope that parents would have the final say.  Children do not have the same maturity and understanding as adults and therefore can’t be expected to make such a critical and final decision.