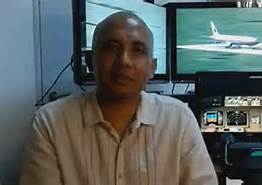 As governments and the press search for answers to what happened to Malaysia Flight 370 the latest question being raised is why a pilot would own a flight simulator.  Captain Zaharie Ahmad Shah owned a fairly substantial flight simulator, far better than an average person might possess.  So the question as to why is certainly a valid one.  Unfortunately, for those seeking or expecting some diabolical plan, the explanation might be very simple.

So why would a man with more than 18,000 of flying time need a flight simulator?  Simply stated, he wouldn’t.  With that many hours of flying, he clearly understood how to fly, land or crash a plane without practicing on a simulator.  With that many hours in the air, equivalent to over 750, 24 hour days of flying, and a career with Malaysia Airlines spanning 33 years, he, in all likelihood wasn’t planning on hijacking or crashing his own aircraft.  He would have had many opportunities over the years to carry out such a plot.  It simply doesn’t make any logical sense.  So why the simulator?  Perhaps the simplest possible explanation is the correct one in this case, he loved to fly.  Just because he’s a pilot and flies planes for a living, doesn’t mean it also wasn’t his hobby or his passion. There are realistic car driving video games despite the fact people drive everyday.  There are skiing games and sailing games played by skiing and sailing enthusiasts.  I’m quite certain Neil de Grasse Tyson owns at least one telescope despite the fact he works at the Hayden Planetarium in New York City.  Jay Z probably owns a pretty awesome sound system in his home.  There’s simply no proof or reason to believe that his owning a simulator implicates him or links him in any way, to some fiendish plot.