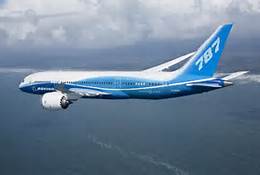 In what can only be described a huge win for Boeing, The Federal Aviation Administration, after a thorough review, has deemed the 787 Dreamliner to be Safe.  The newly released report states that, “the B787’s reliability performance in the first 16 months of service was comparable to the reliability of other new Boeing models over the same time period, including the B777.”  There was concern regarding several issues including lithium battery fires but in the report it attributed those issues to, lack of adequate oversight by Boeing and the FAA of the manufacturers of certain systems on the 787.  “For manufacturing, early issues with suppliers implementing the new business processes are being addressed, and improvements are in progress throughout the supply chain.”

The report went on to say that while there were some design issues, their causes tended to represent “individual escapes in the design or manufacture of the airplane.  A certain number of such escapes are to be expected in the development of a complex product such as a large airplane, due to state-of-the-art limitations in current design, manufacturing, and certification processes.”  This clears the way for Boeing to proceed full speed ahead in the manufacture of the Dreamliner.  There are more than 1,000 outstanding orders for the state-of-the-art aircraft which incorporates the latest and most sophisticated technology of any commercial aircraft currently in use.  The plane is composed mainly of composite materials making it far lighter than comparable aircraft and thereby more fuel-efficient.  The 787 was grounded for four months while thorough inspections were conducted.  It was the longest grounding of any new aircraft dating back to the 1950’s.