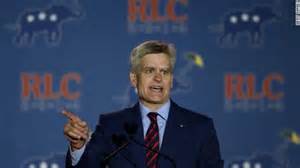 Conservative Republican Congressman and Senate hopeful Bill Cassidy, has announced that his 17-year-old daughter, a high  school senior at Baton Rouge High School, is pregnant.  In his announcement, Cassidy, who is a doctor, said that his daughter faces “a more challenging future but she has the unconditional support of her parents.”  In putting on a brave face and in an attempt to keep the news positive, Cassidy continued by saying, “Our children have been the greatest blessing of our lives and we welcome our grandchild as a joyous addition to our family.”  He deserves at least some credit for his positive response in an otherwise imperfect situation.

However, the judgmental Conservative, religious right must be held to task.  What are they doing wrong to cause such scandal?  Obviously his daughter has committed a grave sin by engaging in pre-marital intercourse.  What possibly could be worse?  In order for the religious right to remain consistent, they must come down hard on Cassidy’s daughter, to make an example of her.  They must be merciless.  She is after all a sinner.  Of course I’m playing devil’s advocate but it’s time for mortal men, religious Christian men, to stop being so damn judgmental and holier than thou.  Since both her parents are doctors, she certainly won’t face the difficult financial times that so many other girls in her situation would face.

But there’s a larger issue here.  Due to outdated religious beliefs, Cassidy’s daughter might not have viewed birth control as an option.  The logic of sex being ok, but not birth control, is misguided.  With or without money, being a mother at 17 or 18 is absolutely no fun and it’s not beautiful.  It’s sad actually.  A 17-year-old is still a child and has nothing to offer a baby.  As importantly a child of 17 should be able to enjoy all the things that being young affords you, going out with your friends, a prom, the light-hearted happiness that only youth can bring.  Her life, as her father said, will be more challenging.  It will challenging for both baby and mother.  So perhaps instead of abstinence, which is a ridiculous expectation in 2014, birth control should be an alternative.  It doesn’t create an abortion, it simply prevents conception.  Of course those who are against even condoms are the same people who believe masturbation is a sin.  Those same people are usually the biggest sinners but that’s an argument for a different day.

The Religious Right needs to stop being judgmental as they are not the ones with the answers.  Everyone must find their own way through their own God or through whatever means a human being navigates their way through life.  This preachy nonsense must cease.  Certainly Congressman Cassidy didn’t have the answer for his family.  One thing I do believe is that God humbles those who deserve it and pride cometh before a fall.  The Ultra Conservative Right of the Republican Party needs to heed those words before it’s too late.