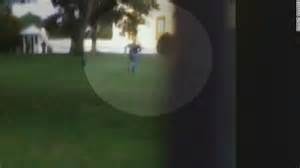 Update:  Julia A. Pierson has resigned.  Her resignation follows her horrible testimony before Congress and pressure from both sides of the aisle.  Apparently, there have been other breaches of security that will be made public and that made her resignation the only possible option.  The Secret Service must now go back to the drawing board and establish new and effective policies that will eliminate the possibility of such breaches in the future.  In order to do so a complete overhaul of the Secret Service will be necessary.

Julia A. Pierson should be fired from her position as Director of the United States Secret Service.  Her answer to Congress that “we must do better” after a man with a knife was able to enter the White House was absolutely unacceptable, almost childlike.  We’re not talking about some kid working at Wendy’s who screwed up a drive through order.  I question her intelligence or her right to hold the position after such a poor display.  I suppose her 3 years in the Orlando Police Department and time spent as a special agent in the United States Secret Service more than qualifies her for the position she now holds.  But I would strongly disagree

It’s almost impossible to belive that any maniac can simply scale the While House fence and run for the front door, avoiding 3 levels of security.  In these dangerous and uncertain times, ideas and policies need to change.  In the past, the policy of the Secret Service was to capture and detain anyone entering the White House grounds.  Lethal force could only be used if there was an imminent threat.  A policy not unlike any typical police force around the nation. However, the White House is anything but typical.  The most powerful man in the world and his family live there.  Therefore, the policing policy needs to change.  Anyone scaling the fence of the White House should be shot on site.  It’s very simple and leaves little room for interpretation.  What if he had a bomb strapped to him?  This post would be very different.  Why do we always need to learn from experience rather than avoid disaster before it occurs?

Everyone should be horrified that some nut was simply able to access the White House without any resistance.  All on  duty that day should be fired along with Pierson.  It doesn’t take a law enforcement professional to understand that if drastic changes aren’t made immediately, there will ultimately be a disaster.   Al Qaeda and all of the other terrorist organizations watch television.  They now have the blueprint on how to inflict a terrible blow on the United States.  A word to the wise!