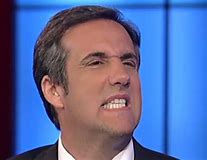 While I understand why so many in the media and those who hate President Trump are waiting with great anticipation for the Michael Cohen proceedings, there is no reason to watch.  I say this because Cohen has no more credibility now than when he was blindly defending President Trump. What he has to say doesn’t become valid because he now has turned on the President.  In the vitriolic world of social media, anything someone says that validates an individual’s beliefs is taken as truth.  How unfortunate that there are so many who are blinded by their biases.  But of course, these are the times in which we now live.

Michael Cohen is simply not too be believed.  I say that for two reasons; 1) when he defended the President over and over again, he sold his soul and that is not a contract that can be broken when it becomes a bartering tool and 2) nothing says more about a person’s character than turning on the person to whom you swore loyalty.  You take whatever knowledge to the grave no matter what it costs you.  He is a traitor and that is true whether you are a lefty or a righty.  He is simply attempting to save himself and how can you believe anyone who has lied so readily and easily?!  A liar is doomed when he can no longer distinguish between truths and falsehoods.  The lies become so entangled they can not be separated or interpreted properly.  Therefore, anything he has to say, cannot be believed.

Finally, a traitor not only lacks loyalty and character but any sense of a moral compass.  He is Completely Untrustworthy.  Michael Cohen is a coward who has done everything he could to avoid prison or to at least bargain for as short a sentence as possible.  His career as an attorney is over, he has disgraced his family and he will forever be a convicted felon.  Therefore, nothing he says either to the press or under sworn testimony has any validity.  He’s a liar by definition and unless there is other corroborating testimony, anything he says is invalid.  So I will not be watching.