Almost two weeks after the start of Hurricane Sandy, life is anything but back to normal in New 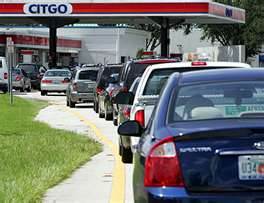 York City.  Gas lines have been hours long and that’s only if you can locate an open and pumping, station.  So at 6:00am EST, gas rationing started in the city.  It’s fairly simple, anyone with an odd license plate can only fill up on odd days, even plates fill up on even days.  In order to enforce the new gas rationing procedure, police will be staked out at gas stations ensuring motorists are following the policy.  Anyone with an incorrect license plate, will be removed from the line.  Long Island followed suit in order to deter NYC drivers from traveling out east, in search of gas.  According to Mayor Bloomberg, only 25% percent of the city’s gas stations are currently operating due to either a shortage of gas or lack of power.  Rationing should alleviate some of the waiting as the city slowly recovers from Sandy.  It’s had a positive impact in New Jersey where gas line waiting times were reduced from two hours to forty-five minutes.  As I drove through some of the hardest hit areas last night, in search of gas, I was surprised how many people are still in the dark.  In addition to the lack of power in homes and street lamps, traffic lights are still out, causing traffic headaches.  To the credit of all New Yorker’s still dealing with the aftermath of Hurricane Sandy, people have been cordial and patient.  That’s been the one positive in an otherwise tough couple of weeks.