US To Become Largest Oil Exporter By 2020 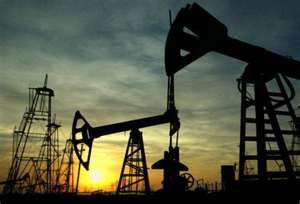 According to the International Energy Agency, the US is set to become the largest oil producer, surpassing Saudi Arabia by 2020.  The US has been experiencing a renaissance of sorts, regarding energy.  Much of it has to do with the high price of oil making the extraction of oil and gas from shale, cost-effective.  According to the IEA, “The United States, which currently imports around 20% of its total energy needs, becomes all but self-sufficient in net terms — a dramatic reversal of the trend seen in most other energy importing countries.”  In addition to the extraction of oil and gas from shale, the refining capacity has improved and is becoming more efficient.  Add to that, the push towards fuel-efficient cars, in combination with Electric vehicles and it appears the US is doing everything it needs to, to build energy independence.  When that happens, we will no longer be as vulnerable to world markets which will ensure long-term growth, as oil prices have historically been the single greatest cause of high inflation.  President Obama has been on the correct side of this issue.  The all-out, comprehensive approach, is the one that will continue the drive us towards energy independence and long-term growth and stability.  While it’s far more preferable to be the largest oil exporter as opposed to importer, if it has no effect on what we pay at the gas pump, it won’t mean that much in the short-term to the average American.