By CJujitsu February 18, 2013 Music and Entertainment 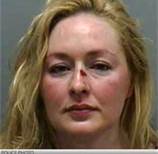 Country music singer Mindy McCready has killed herself by an apparent self-inflicted gunshot wound.  She was found on the front porch of her home in the same location that her boyfriend took his life one month earlier.  McCready had a promising career ahead of her when she first arrived on the music scene as a teenager in 1994, signing a recording contract with BNA Records.  Two years later, she had a number one hit record, “Guys Do It All The Time” which was written as a dig at male chauvinism.  Her album “Ten Thousand Angels” sold two million copies and the title song was also a hit record.  But in 2004, her life began to spiral out of control.  First, she was arrested and sentenced to three years probation after fraudulently obtaining Oxycontin from a pharmacy.  Then she was involved in a custody battle with her mother over her oldest and only son at the time.  McCready took him and fled to Arkansas despite the fact her mother was the legal guardian.  Authorities eventually found them and took the boy in to custody.  In 2010, police were called to her mother’s home in Fort Meyer’s Florida, in what was referred to as a “drug overdose”.  She spent a brief time in the hospital.  This incident followed an appearance on Dr Drew where she declared herself clean.  While most news agencies, family and friends will portray her suicide as a tragic act of desperation, in truth, it’s nothing more than cowardly and selfish.  Ms McCready had two sons that no longer have a mother.  It’s sad that her boyfriend and father of her younger son recently killed himself, but all the more reason to become strong and resilient.  Mental illness and depression are real problems, but never an excuse for drug abuse, or suicide.  People need to start fighting their demons as opposed to simply giving in or giving up.  The fact that Mindy McCready’s emotional issues took precedent over her sons’, need for a mother, is unacceptable and inexcusable.  She had what it takes to become a music celebrity; she should have had what it takes to get help.  It may not be a popular opinion but at least it’s the truth.