Does Prejudice In Hollywood Still Exist? 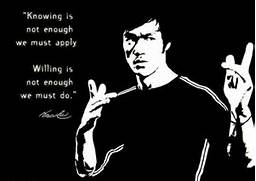 I had just finished viewing Enter The Dragon for the 100th time when I became, as I always do, agitated that Hollywood refused to cast Bruce Lee in the lead role in Kung Fu.  Of course at the time he wasn’t as famous as the legend that he would become but he had already starred in the Green Hornet and his martial arts skills were known the world over.  Instead, David Carredine, who by the way, did a terrible job in this writer’s opinion, got the job.  How did a non-asian man become cast in the role of Kwai Chang Caine, by coming up with a storyline about him being only half Asian.  What the viewer is supposed to believe is that he is the orphaned son of an American man, Thomas Henry Caine and a Chinese mother.  He is raised in a Shaolin Monestary where he becomes a Shaolin Priest and martial arts expert.  He flees to the United States after killing the Emperor’s son, who had killed his mentor.  Not only wasn’t he Asian, he wasn’t even a martial artist.  That’s why the fight scene’s are so atrocious. Carredine’s face is often not shown during fight scenes because it obviously wasn’t him.  What most people don’t know, is that Bruce Lee came up with the idea of a Chinese man roaming the American west, set in the 1800’s.  But according to Bruce Lee, who appeared on the Pierre Berton Show in 1971, both Paramount and Warner Brothers wanted him “to be in a modernized type of thing, and that they think the Western idea is out, whereas I want to do the Western”.  As it turned out, Warner Brothers took his idea but never gave any credit to Lee.  This series and casting was clearly a racist decision, based on the belief that Americans would not want to watch a show with an Asian action hero.

Fast forward to 2013, when was the last time there was a gay comedy or a gay romance themed movie?  When has Hollywood ever done a movie about a gay superhero?  There’s Stallone, Scwartzanagger, and even Jackie Chan following the eventual mega success of Bruce Lee.  But has the hero cop or vigilante ever been gay?   I’m not saying that’s proof Hollywood’s racist or discriminatory but the lack of gay or lesbian movie role models, is glaring.  Most gay characters on television or in movies are completely stereotypical, effeminate men or masculine women.  It’s no different that George Jefferson strutting around, yelling “honky”.  Hollywood has clearly continued those stereotypes and yet no one, not even A-List Hollywood actors, address it.  I suppose, like any employees, even high paid employees, they’re not willing to upset their bosses and risk not getting roles.

No doubt that part of the reason stems from the fact that the gay community is a relatively small percentage of the population, approximately 3.5% to 5.0%, depending on what study you believe, So Hollywood financial supporters would find it difficult to justify a $100 million budget, based on uncertainty of whether it would be a movie with crossover appeal, like a Brokeback Mountain.  A movie ticket costs the same for everyone and despite the fact that gay and lesbian couples on average, have greater disposable income than heterosexual couples, it would not make up for the sheer numbers of movie goers needed to make a movie profitable.  That would be a satisfactory reason to get the Hollywood decision makers off the hook but it’s still something to think about.  It could certainly be considered part of the reason but not the entire reason.  In this ever-changing, progressive country,  Hollywood appears stuck in the past, unwilling to change or take risks.  Prejudice or pragmatic?  You decide.