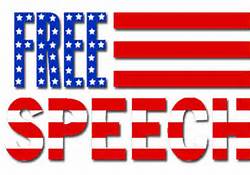 Charles Barkley is taking heat for his supportive comments regarding the Clippers Matt Barnes and his use of the N-Word.  Barkley said on TNT that, “I use the N-word and I’m going to continue to use the N-word with my black friends, with my white friends.”  He said that even though Barnes shouldn’t have used the word on Twitter, he shouldn’t have to apologize for it because is wasn’t said as a racial slur.  “White America doesn’t get to dictate how me and Shaq talk to each other.”  And he is spot on.  White America or anyone for that matter doesn’t have the right to dictate free speech.  As a Jew, the word kike doesn’t make me feel warm and fuzzy but I would never want it removed from the dictionary or to tell anyone not to use it.  It’s the protected right of anyone, no matter how ignorant or how offended I might be, to say whatever he or she pleases as long as it isn’t doesn’t infringe upon or restrict my rights as a citizen.

The same can be said regarding the recent story of Apple and its “offensive” use of the word gay.  Apparently, in the MAC dictionary there was a definition of gay that stated “informal, foolish, stupid.  Making students wait for the light is kind of a gay rule.”  While I certainly understand why student Becca Gorman, from Massachusetts could be offended by that use, it’s not a good enough reason to limit free speech like any dictator could do.  Gorman wrote a letter to Apple informing the company of her distaste for the definition and of course Apple removed it.  Money before free speech I suppose.  My displeasure in this case, is not the sensitivity to the definition but the result.

Free Speech is our most important freedom afforded to us by our Constitution.  No one has the right to limit or eliminate that speech, because they’re offended.  That doesn’t mean that if a white person calls a black person the n-word he might not have to defend himself but that’s life.  That’s a choice one makes. It’s no different than any other choice we make in daily life whether to drink, smoke marijuana or to have pre-marital sex.  All three of these are either illegal or offensive to some religion or belief but people do all three and I for one, don’t want any government or person dictating to me what I can and can’t say or do.  And let’s not talk about murder and other crimes.  Of course there needs to be some basic rules in a lawful and civilized society but free speech needs to be protected in all its forms unless it creates an eminent danger to others, i.e. yelling fire in a crowded movie theater.

Finally, limiting free speech by bullying or the threat of boycotts is not the way to end offensive speech.  People interacting with one another, listening to one another, explaining one’s positions or opinions and not being offended, that’s the way to answer all of the ‘isms” and “phobias”. Gay marriage for example is now the law in 15 States.  When the country realizes that the basic right doesn’t do anything to limit their rights, this issue will become moot, once and for all. But you can not legislate kindness or political correctness.  There will always be those who will hate gays, blacks, and Jews and their opinions may never change.  But that is their right and their opinions must be as protected as those who believe they are on the correct side of these issues.  It either works for all of us as Americans, or it works for none of us.