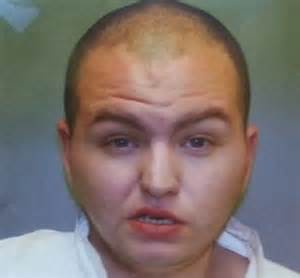 Nine-year-old Reann Murphy’s body was found in a dumpster and her neighbor is now in custody for the heinous crime.  Murphy was last seen playing outdoors at 5:30 p.m. Saturday night in mobile home park where she lived according to Wayne County Sheriff’s Office.  The neighbor, who lived within 150 feet of the victim, was arrested 12 hours later in his mobile home. According to Wayne County Sheriff Travis Hutchinson, Jarrod Metzger was an “acquaintance of the Murphy family.”  No motive in the murder has been released but one need not have any prior law enforcement experience to know that there was a sexual component to the crime.

Attached is a photo of Metsger.  Anyone looking at it and not realizing that this man is way off-center is either nieve, blind or stupid.  Time and again I have discussed the importance of profiling. Not based on race, color or religion but simply based on the individual.  This is not someone you want playing near or around your children.  As my father always said after working as an MD in mental wards for many years, “crazy people look crazy”.  “And there are just people who are crazy.”  The reasons are unimportant in this context.  For years and to this day, my father said sexual predators, child abusers, can not be cured.  They are defective and need to be kept away from society permanently.  It might not sound nice, be popular or politically correct but the truth is the truth.

According to Hutchinson, the community is having a difficult time dealing with the young girl’s murder.  This is a “close-knit” community Hutchinson said, “that’s probably the reason that it’s so hard.”  But the community should have been aware that this person was a predator, or at least someone to watch closely.  There were signs I’m sure.  There always are.  Perhaps it’s because I’m a martial artist that I possess a heightened sense of awareness.  But Isn’t it better to be acutely aware of everyone around you and not be caught off guard by the wolf in the fold?