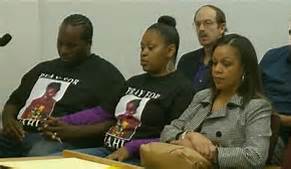 Anyone with feelings understands how tragic is the story of Jahi McMath.  A young girl who went into the hospital for what should have been a fairly routine procedure despite what doctors might be telling the press.  A tonsillectomy to treat sleep apnea should not be a life threatening procedure.  They certainly weren’t replacing a liver of transplanting a lung.  Jahi McMath should be alive today and for that, her doctors and hospital must be held accountable.  The reason or reasons for her tragic death must be determined so that it never happens again.

However, Jahi McMath has been declared brain-dead.  The coroner, despite not having a cause of death, has declared her deceased.  There is no brain function despite the fact a ventilator keeps her heart beating and blood pumping through her body.  With her brain deprived of oxygen, with therefore no brain function, there is no hope of recovery.  She is brain-dead. That’s the deadest a person can be because the brain is the CPU of the human being.  Once that crashes, it’s over.  She isn’t going to wake up.  There will be no miracle.  But despite that fact, her family is holding on to an illogical hope that she will somehow recover.  And while every human being can feel for the family and grieve with the family, the reality that she’s gone, must at some point resonate with her family.  Prayer is wonderful and comforting but no prayers will bring her back .  She is already dead and she must now be given a send off with dignity.  We all will die some day.  Dying is part of life.  Jahi’s family needs to let her go so she can at last rest in peace.