Are Mortar And Brick Retail Stores In Danger Of Becoming A Thing Of The Past? 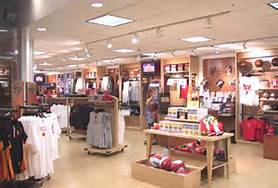 A number of years ago, I had a heated conversation with one of my few geek friends who believes that computers and the internet are the coolest inventions in the history of mankind.  I believe airplanes and rockets are far cooler but that of course is a matter of opinion.  In the years just prior to every citizen owning a computer, cellphone and having access to the internet, he said “eventually everything will be done over the internet.”  Food, clothing, cars and all necessities will be ordered on your computer and you’ll never have to leave your home.  That conversation is still the foundation for the reason why I never order anything on line.  I like going out to shop for a car or clothing.  I like going outside and seeing people.  Only agoraphobics, depressed people, the Phantom of the Opera the Elephant man and the Hunchback of Notre Dame, would choose to stay indoors.

As online shopping increases and as the digital world continues to expand, retailers are feeling its effects.  Off price retailer Filene’s Basement closed its doors in 2011 and Daffy’s liquidated in 2012.  Now Loehmann’s, a third off price retailer, with 39 locations in 11 states,  is the latest retailer to succumb to declining sales and competition from the internet.  Loehmann’s opened its first location in Brooklyn, New York in 1921.  It was a simpler time when families often named their business after their family members, Julia Waldbaum, RH Macy, and B Altman to name just a few.  But this is indicative of a much larger problem, retail is in trouble.  It’s no secret that Barnes & Noble is having issues and will probably be out of business within five years, certainly within ten but it won’t take that long.  Macy’s just announced that it will lay off 2,500 employees and close five locations even though holiday sales rose 4.3% vs 2012 despite fewer shopping days.

What’s so disturbing about this trend is that shopping/retail is such an important part of the economy.  Online retailing does not provide 1/10 the number of jobs that mortar and brick retail provides.  Macy’s cutting 2,500 jobs is only the beginning.   More cuts will follow at other retailers as we are now in the post-Christmas season.  Other than the large after Christmas bargains which help retailers clear out their inventories but are hardly profitable and Valentine’s Day, there is very little retail activity in Q1.  If the cold weather continues across much of the US, Valentine’s Day may prove to be an internet holiday with mortar and brick locations suffering further as a result.

The future of retail, is indeed grim.  The only hope is that the economy continues to strengthen and people will come to their senses and recognize that it’s fun to go outside.  It’s fun to try on the clothes we purchase or to see the jewelry we buy for our significant others.  The Apple and Microsoft stores are pretty cool places to hang out for an hour.  My wife and kids spent many hour-long visits at Barnes & Noble looking for interesting books attempting and succeeding in appealing to their developing and curious minds, hungry for knowledge.  The entire world is available in a bookstore just as it is online but unlike the online experience, you can feel and touch the books. You don’t have to follow the rules or guidelines of the website.  You don’t have to wait for even one minute for a download.  It’s all there, and it’s real.  The internet as large and as important as it’s become in our lives is fake and dead.  It’s an imaginary world with no life or imagination.  It simply is.  But if the current trend continues, the future of mortar and brick retail and the future of our economy may be in serious jeopardy.