Nude Celebrity Hacking: A Much Greater Lesson To Be Learned 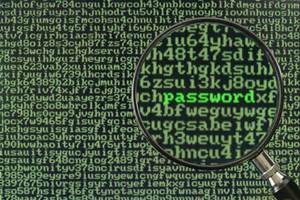 There’s a new round of celebrity videos and photos circulating on line and those involved have nobody to blame but themselves.  In the new world of technology there is no privacy.  If you choose to take nude photos with your cell phone or make videos using technology that is at risk to hackers, then don’t complain about the lack of privacy.  Jennifer Lawrence is no different than every other silly young person who acts before thinking but as a person who is constantly paraded in front of the public, she should have known better.  Miss Lawrence can never put the Genie back in its bottle and the nude photos of her now belong to the world.  She deserves no sympathy.  Even laws meant to prevent hacking will not end the practice of hacking any more than the war on drugs ended drug use.

Entertainers give up at least some expectation of privacy when they choose that life.  In the case of Kim Kardashian, who apparently is one of the targets of the latest round of released photos, leaked nude photos can only be beneficial for her and she no doubt will take full advantage of that publicity. After all, she has no talent and is famous for all the wrong reasons.  Although you may hear some protest from her, it keeps her in the public spotlight.  But let’s be clear, the only privacy one has the right to expect in the age of technology is what goes on behind closed doors in the privacy of one’s home or bedroom.

But this story is so much larger than simply hacked nude photos of actresses.  It’s about the Willingness to sacrifice our privacy.  Every time you enter the world of the web, you jeopardize your anonymity.  We are lead to believe that it benefits us in some way.  How?  Am I not intelligent enough to know what I need and what I choose to purchase?  Do we need big brother controlling our lives? A recent issue of The Economist Magazine included a special report about how internet users are being tracked every time they visit a site and for every minute they are using the web and if that doesn’t bother or worry you, so be it.  According to the Economist article, “to identify users as they move from site to site,third parties use technologies such as cookies, web beacons, e-tags and various other tools.”  The article continues, “All this allows firms to glean what sites users have visited, what they have shopped for, what post code, (zip code) they live in and so on.  From this they can infer income, size of their home, and whether it’s rented or owned.”  If you consider yourself a fiercely independent, free thinking individual, this should frighten the hell out of you.  I recently trashed every one of my store cards and often pay cash in purchasing everyday items, (you pay for it eventually). It’s no one’s business what I purchase, how I purchase and when I purchase.  But if I choose to make that readily accessible, then I only have myself to blame!