Are America’s Best Days Behind Her? 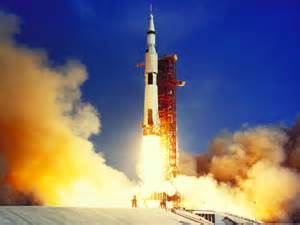 I was born in the 60’s at a very transformative time in the history of the United States.  It was after the assassination of President John F. Kennedy but prior to assassination of Martin Luther King Jr. Our involvement in the Viet Nam War was widening and a new scientific revolution was replacing the former industrial revolution.  On May 25, 1961, before a joint session Congress, President Kennedy delivered a speech challenging our greatest scientists to “land a man on the moon and to return him safely to the earth”, prior to the end of the decade. On July 20, 1969 that challenge, that dream, became reality.

Although very young, I remember the Apollo 11 moon landing, watching in my parents bedroom, along with my brother and sister.  For me, it started a life long love and appreciation for space, NASA and science in general.  I was fortunate that my parents supported my love of space by purchasing a 5 inch Celestron Telescope, which was powerful enough to see craters on the moon, the rings of Saturn and the large storm on Jupiter.  I sat and watched eclipses long after they ceased to be entertaining.  I couldn’t get enough and I dreamed about what the world would be like 30 and 40 years in the future. Would humans get to vacation on the moon or Mars? Would we own jet packs and be able to fly anywhere we wanted.  Of course these were only the dreams of a child but all great accomplishments are born from dreams.

Fast forward to 2016.  Where are we in the challenge to strive for greater and greater achievements? Unfortunately, not where we should be.  Somewhere along the way we became confused and lost our way.  The desire to achieve greatness, to climb tall peaks because they’re there, was replaced by the single-minded focus of profit only.  Now don’t get me wrong, most things worth doing as Gordon Gekko once said, are worth doing for profit. However, when it becomes the ONLY motivation, true history making innovation suffers or dies altogether.  How many shows titled, “Secret Lives of the Super Rich” or “Lifestyles of the Rich and Famous” need to exist to show average people how much their lives are meaningless because they don’t drive a fancy car or jet to Paris for dinner.  Everyone wants to be rich and famous and that simply isn’t the motivation that drives innovation.  Capitalism has always been the best economic engine for innovation but this insane greed, the desire to make money for money’s sake does not promote innovation.

There here are some hopeful signs.  NASA is still innovating and working on new projects like the next generation of rocket propulsion to send astronauts to Mars. NASA scientists are driving the rover on the surface of the red planet, however, the U.S. is dependent on the Russians to launch our Astronauts to the International Space Station.  When I was in grade 4, we saw a picture of the next great space vehicle; a rocket that would take off like a traditional rocket but land like a plane.  We all marveled at the space shuttle and dreamed about where it would take us.  How unfortunate that young people today don’t get to experience that thrill.

There are strides being made in cancer and HIV research as well as other illnesses but who would have thought that Jerry’s kids would still be confined to wheel chairs.  All that money and all that research and still so far from a cure.

Drugs are tested and brought to market that never cure illnesses but rather make it possible to live with them. AIDS has been the perfect example.  While fewer people with HIV die today, the drug concoctions simply keep the disease at bay but are certainly not curing the disease. And eventually, these concoctions will no longer be effective and the scramble for new drugs will be necessary so the money doesn’t dry up.  We still can’t cure the common cold.   We are simply supplied with drugs to ease the discomfort. The profit is in the treatment, not the cure.  We are a country of drug addicts.  Not just illicit drugs like Cocaine or Heroin but also legal drugs and the drug companies are the pushers.  There is a drug for every ailment despite the fact that the side effects can be worse than the treatment.

Transmitting speech by wire dates back to Alexander Graham Bell, who on March 10, 1876, called to his assistant, “Mr Watson, come here.  I want to see you”.  Bell recognized that speech could be transmitted by electrical impulses.  Revolutionary for his day, testing the boundaries of human accomplishment.

Fast forward 140 years to the smart phone, the device that “changed the world”.  It isn’t really that smart in the eyes of anyone who expected much more from our scientific and technological communities.  Hailing a taxi, booking a hotel, playing a video or streaming a movie isn’t impressive, unless you’re easy to impress and your expectations are low. Convenient perhaps but not earth shattering as those who build these costly, yet inexpensive devices will have you believe.  Streaming music or storing personal information in the cloud isn’t anything more than exercising control over people’s lives and the eventual elimination of ownership and privacy which is already well underway. The scary part is that people are happily volunteering.  Let’s be clear, if you purchase music on-line or stream it, you DON’T own it.

Let’s examine self driving cars.  Those behind this technology would have us believe this development is about saving lives, 30,000 lives per year or thereabout.  But that’s not the motivation. It’s about being the first to market these cars in order to make the profit that the venture capitalists believe will afford them even greater wealth and influence. If they wanted to save lives, they would focus their vast resources on curing Breast Cancer, for example, a disease that takes more than 41,000 women’s lives per year in the United States.  For those of us who love driving cars and cars in general, there is no benefit to this freedom stealing technology, other than perhaps for the very old or infirmed.  Finally, although the companies testing these vehicles will have us believe that this technology will be here sooner than later, they leave out two very important points.  First, the technology is extremely expensive, making it impractical and second, just because you can build a car that can drive itself, doesn’t mean the car itself is something that will appeal to everyone.  After all, what does Apple know about building great cars?

Virtual Reality – other than children and teenagers, who would want to wear those ridiculous and isolating head sets?  I recently read something about a program that allows the wearer to feel as if they’re at the Grand Canyon. However, visiting the actual Grand Canyon is just better.  That experience can never replicated.  It must also be mentioned that some wearers are becoming physically ill as result of the experience and most can not wear them for extended periods of time.

Mobile Payments – Simply put, NOTHING is faster than cash and when the transaction is completed, it’s actually completed.  It’s also PRIVATE!!  The largest issue here is that young people, Millenials, don’t have cash.  Mobile payments, if they ever catch on, will lead to the next financial collapse. It’s no different than credit cards.  Plastic makes people feel as if they’re not spending, so they keep spending.  When the housing market collapsed, everyone blamed the banks for loaning money to people who couldn’t afford to pay back the loans.  No One blamed the people who accepted the loans.  No different than the college loan crisis.  If you borrow money to go to school, you better make sure that you have the ability to earn enough money to pay back the loans. It’s called common sense and reality.  Not the fault of lenders but rather the fault of the borrowers.  Do we really want to use credit or debit to purchase items for a dollar? Really??  Oh and I suppose in this new age of technology it’s not important to reconcile all of those payments to make sure you have enough money to actually purchase more stuff??!!!

It’s time for someone to speak out against what has become the acceptance of mediocrity. Everything is acceptable.  The phrase “we tried” has replaced, “we’ve succeeded.”  Parents are more concerned about their children’s recognition than questioning whether or nor they’ve actually done something for which to be recognized. Perhaps it says much about the human condition.  Perhaps people are satisfied that the greatest period of our history took place between the end of World War II and the end of the Cold War.  And now great achievement isn’t valued the same way.  As someone, who at the age of 10 attempted to build a rocket, albeit unsuccessfully, I understand what it means to shoot for the stars.  Today, young people only understand what it means to shoot aliens.  And soon they’ll be able to shoot aliens in virtual reality.  Are America’ best days behind her?  Unfortunately, unless we change course and no longer simply accept what the technology and drug companies are offering us, (which is always about convincing people what they need as opposed to what they desire), the answer is probably YES!!