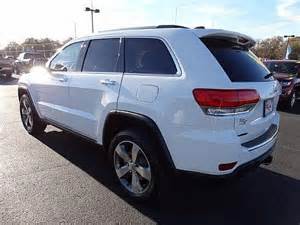 I was really saddened to hear about the tragic accident that claimed the life of promising young actor Anton Yelchin.  It’s especially tragic because after owning one for less than one year, I realize that it was literally an accident waiting to happen.

As someone who’s passionate about cars, I can honestly say that the 2014 Jeep Grand Cherokee Limited was the worst car I over owned. That, coming form someone who has owned more vehicles than I can remember.  My Jeep was the third Chrysler/Jeep vehicle I owned over my life and the last one I will ever consider.  I wouldn’t drive one if it was offered for free and I do mean that literally.

My hate affair with my 2014 Jeep began when, after a week of ownership, my wife realized there was a problem with the terrible 8 speed transmission.  At her insistence, I drove the car and quickly realized that the transmission was not functioning properly.  When I stepped on the gas, it either lunged forward or simply stopped. That’s obviously a major problem when making a left turn into oncoming traffic.  I drove the car directly to the dealership and gently stated that there was no way my wife or kids were getting back in that vehicle until the problem was remedied.  The result was a brand new transmission that needed to be sent from Detroit.  We were without the Jeep for five weeks.

When we picked it up, it was better but still not right.  I brought the car back to the dealer and they made a correction with the computer.  That also helped but it still wasn’t perfect.  Several weeks later other issues arose including problems with the computer and twice having to replace the breather element.

However, my biggest issue with the Jeep was the transmission gear shift.  It’s inherently dangerous, especially for those who don’t understand the danger of it.  Unlike other vehicles, the transmission gear shift doesn’t change position when shifting from park to drive, neutral or reverse.  The gear shift changes the gear but it’s difficult to determine which gear the Jeep is in.  For example, when shifting from drive to park, it’s very possible to stop in neutral or reverse without realizing it.  It’s a problem that I took seriously enough that every time I drove it, I made certain the car was out of gear, often shifting two or three times to ensure the proper gear and always setting the emergency brake.  I never felt comfortable with the entire setup.

The shame of it all is that it’s quite a beautiful vehicle and at $50,000, for a loaded Jeep Grand Cherokee Limited, not inexpensive.  When I heard of the tragic death of Anton Yelchin, and learned there was a Jeep Grand Cherokee involved, I immediately thought of the gear shift and or transmission.  And while we don’t yet know the exact cause of the accident, it’s very likely a result of this highly flawed SUV.

The final chapter for me with my Jeep was my wife submitting the Lemon Law paperwork. Although it took a couple of months, it was well worth it.  As we dropped off the car at the dealer for the final time, I was never so relieved to dispose of a vehicle.  However, I was also concerned as I learned that while the Jeep merited the distinction of being “LEMONED”, Jeep/Chrysler was completely within the law to resell the Jeep as long as it was noted that the car was in fact returned for mechanical issues.  So in all likelihood, someone, some other family, is driving a vehicle, that in my opinion, is not road worthy.  Hopefully Anton Yelchin’s death will not be in vain and may actually save lives.  I strongly suggest not purchasing a Jeep Grand Cherokee as there are so many other excellent SUV’s for the price.  A word to the wise……

One thought on “2014 Jeep Grand Cherokee Limited: Worst Vehicle I Ever Owned”